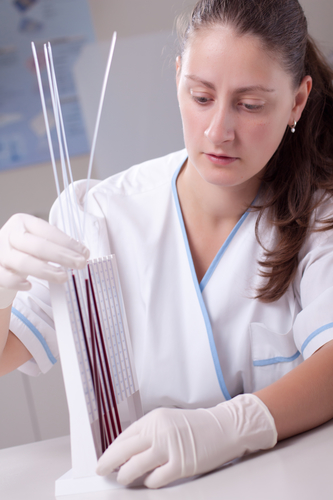 Why would we need to study and analyze sediments? Well, sediment analysis could be as important to you as your back yard and your home are.

If the soil in your back yard has a lot of clay, the soil won’t be porous enough to let water soak in. That can lead to flooding, which can lead to many other problems in your home like standing water and harmful molds.

They determine what soil lacks to provide hospitable environments for specific crops, then add those. That will bring better and more abundant products that could end up on your dinner table or even in your favorite clothing store.

Also, when you visit the beach, you may enjoy the bounty of the sea: sediment that’s been pulled by gravity to the bottom, washed up by waves and deposited on the beach to make your favorite volleyball and sunbathing spots.


Beachcombers can find larger items left by the sea, such as shells, sharks teeth and lots of seaweed. Scientists use a similar,controlled precipitation process in a laboratory setting to determine what organic and inorganic materials are in soil samples.

What is sediment?
Sediment has places of origin, and is loose grains and residue of rocks, minerals plants, animals or rust or debris separated through the weathering processes. Weathering and eroding rocks (igneous, metamorphic and sedimentary in the order of their abundance), for instance, produce sediment such as gravel, sand, clay and silt.

Solid fragments of inorganic or organic materials come from rocks or from other processes, such as climate change, biological processes, and mechanical and chemical methods, which all contribute to the sedimentation process. Immature sediment hasn’t been around very long and is unsorted sediments and minerals.

To analyze what soil is made up of, scientists can't use only a sieve, as some soil products are too small to be captured in a sieve. Those micron-sized particles are kept suspended in a solution and scientists study the rate at which they settle in the fluid.

So, scientists have to do a bit of detective work to find out what unknown substances there are. They turn to a couple of different scientific sediment analysis methods: integral sedimentation and differential centrifugal sedimentation (DCS).

Integral Sedimentation - In this process, which as been around for more than 80 years, scientists place particle samples on top of a column of clear water, and study how they settle (precipitate). A detector beam of some type is used. At first, the detector’s signal is at full strength, but as particles settle and reach it, that indicates the concentration of various types of particles, as they precipitate at different time rates.

The detector beam could be an X-ray beam or a monochromatic light, one that has only one color. Although this process seems very straightforward, and even simple the way it is described here, it actually can be quite a complicated laboratory procedure.

Differentiation Centrifugal Sedimentation - A centrifuge that’s made for this purpose has a clear disk driven by a variable speed motor. It, too, has a detector beam, usually a monochromatic light. The disc starts up and is kept at a constant speed. Then the chamber surrounding the disc is filled with a fluid that’s denser than the fluid that’s samples of sediment are in.

The sample and its fluid are injected into the higher density fluid, and the sample rises to the top, just as petroleum gas rises to the top of a body of water. After that happens, sedimentation begins. By using well-established procedures and formulas, scientists use results from these studies to identify the composition of the sediment samples. They comparing the results to sedimentation times for other, known substances.

The basis of both types of sedimentation is Stokes' Law, which is used to determine the distribution of spherical particles by timing how long it takes for particles to settle a particular distance in a fluid.

Sediments are extremely important to marine life, particularly in the critical transition zones (CTZ) of estuaries and coastal wetlands and fluvial river ecosystems, because they form essential links between land, freshwater and seas.

Biodiversity in CTZ systems is low, so any changes to that ecosystem may cause disproportionately severe negative effects. The most significant negative effect that has been identified is the lowering of diversity of flora and fauna in the waters, which changes the delicate balance in that environment.

Maintaining CTZ diversity is important for positive interactions among species, such as facilitation and mutualism, resistance to invasion and for aesthetics and recreational functions as well. The CTZ serves a variety of functions, such as assisting with:

Lowering diversity can have major effects beyond the estuarial waters. Animals moving through the CTZ transport organic material and nutrients across the land, water and sea link. Invertebrates comprise 95% of animal species, and essential bacteria, fungi and flora and fauna in the bottom sediment of bodies of waters (benthic invertebrates) serve essential functions, similar to those in the CTZ, such as:

The CTZ is threatened by some human activities that have long-term effects on the environment by introducing contaminants into the system. For instance, runoff from land, such as sewage, agricultural fertilizers, and even detergents, can cause eutrophication, introducing inorganic plant nutrients, such as phosphorus and nitrates, into fresh water.

Sediment also gets into water through erosion, weathering, and transportation by wind, water or ice. Terms that describe the etiology of sediment are:

When too much sediment gets suspended in water, the water becomes cloudy, which can be harmful to wildlife and plants. Also, sand, silt and clay can degrade gravel habitats for sensitive micro-sized invertebrates on the bottom of streams. It also upsets the spawning habitats for fish by smothering the gravel base with fine sediment that doesn’t allow in light or air.